Not really and I’ll come back to it later, I ran my first marathon and ultra-marathon (ultra Is any distance longer than 42.2 km) in the Blue Mountains. It’s called 6 Foot Track Marathon and it’s one of the most famous trail run in Australia, not to mention one of the toughest. 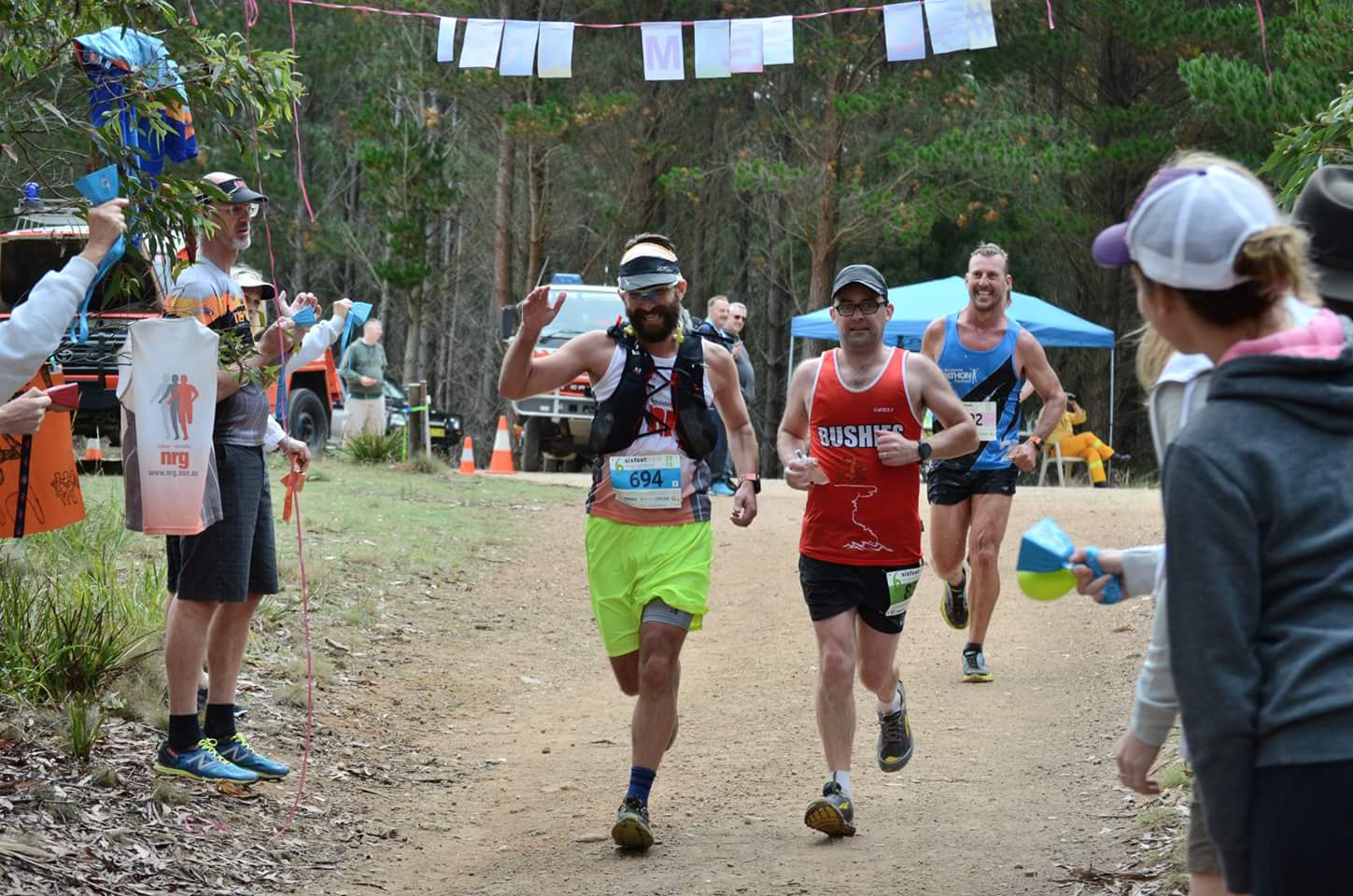 But before I talk about the race I will give you a bit of background about me, I moved to Sydney from Dubai in July 2016, I spent 2015 and good chunk of 2016 boozing and smoking daily because I was emotionally unstable after a difficult breakup. The main reason I decided to move to Australia is to get back on my feet and get back to a healthy lifestyle. I got my PR visa, got a job offer in March 2016, resigned from my company and decided to make the move to Sydney without ever visiting Australia. It was difficult to leave my friends and family and move to a country I almost knew no one in.

I decided to quit smoking in October 2016 few months after landing in Australia, and thanks to the tough smoking laws it worked for me. I also started to get back to running little by little until I found out about a running club close to where I live and decided to join Northside Running Group (“NRG”) running club. Thanks to the club I managed to lose around 15 kg in six months, I was getting fitter, my running was improving, and I decided I want to run 6 Foot Track as my first marathon.

I trained for months with my running club, ran the Saturday trail runs with the same group (great bunch of people I must add) and mentally I was prepared for the big day. I also went to the gym, worked on my core and trained with a legend called Dominic Cadden who ran the Tor des Géants, a gruelling 336 km trail ultra-marathon in Europe. 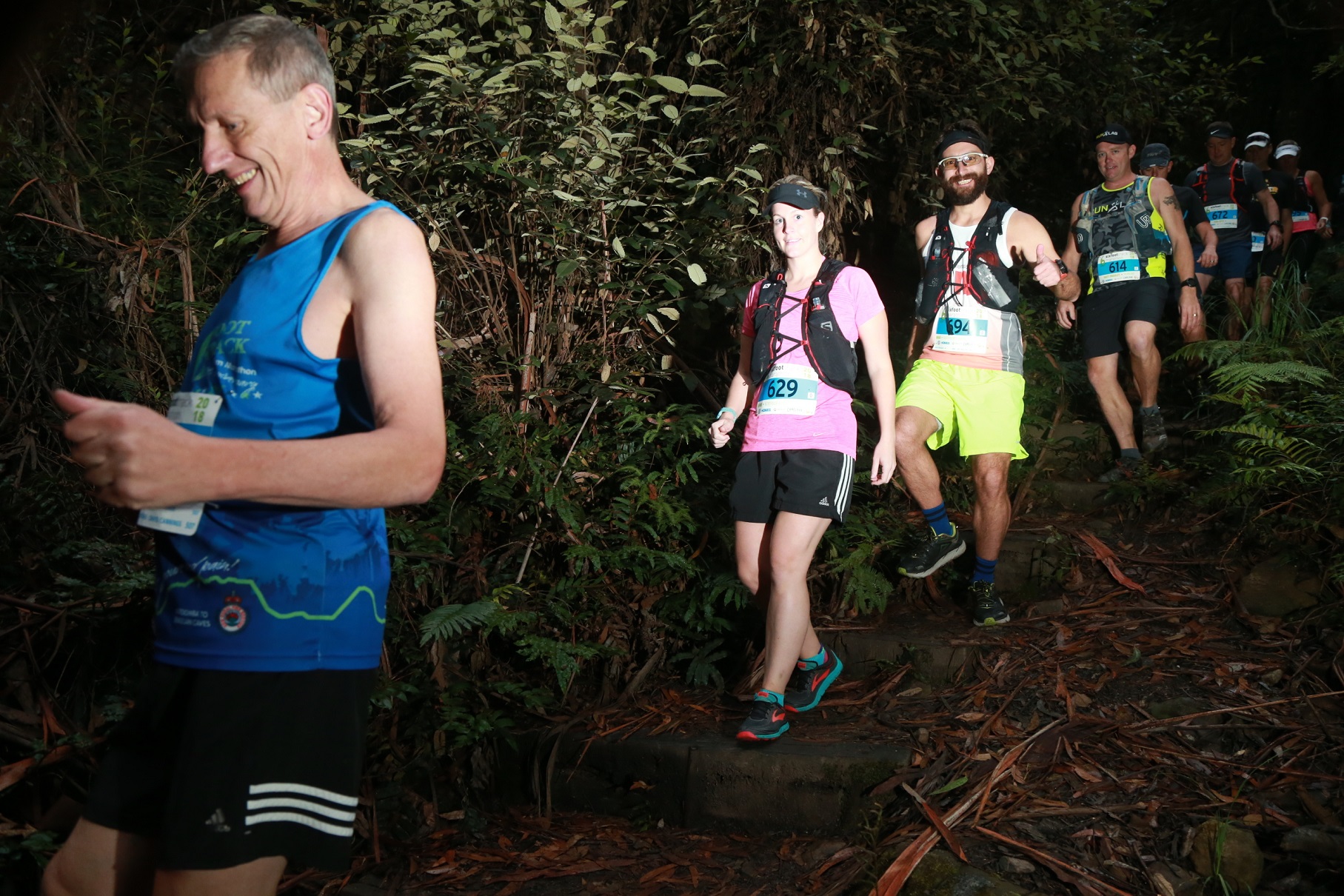 The first 29 km of the race were simply awesome, I was happy, and I enjoyed every single minute, went live few times on Facebook and life was kind to me. The first 4 km of the black range (around 26 to 30 km mark) I was running well, and everything was perfect. Unfortunately, around 30 km mark my watch flicked and decided to add two extra km to my overall distance leaving me in the dark and very low state of mind.

Some would argue it is not a big deal, just subtract 2 and life goes on…maybe that’s true but in my case, going for my first marathon I was looking at my watch almost every minute to check how many km are left. Needless to say, at that point my mind was mentally struggling, and I just couldn’t do simple math.

I did everything by the book, I ran the training runs every Saturday, I worked on my nutrition and tried different options (tailwind and gels) and ended up taking 8 gels on the day, I was prepared for the big the climb and I did enjoy it, what almost brought me down and shattered me was my watch. I did not expect my watch to fail me when I needed it the most. 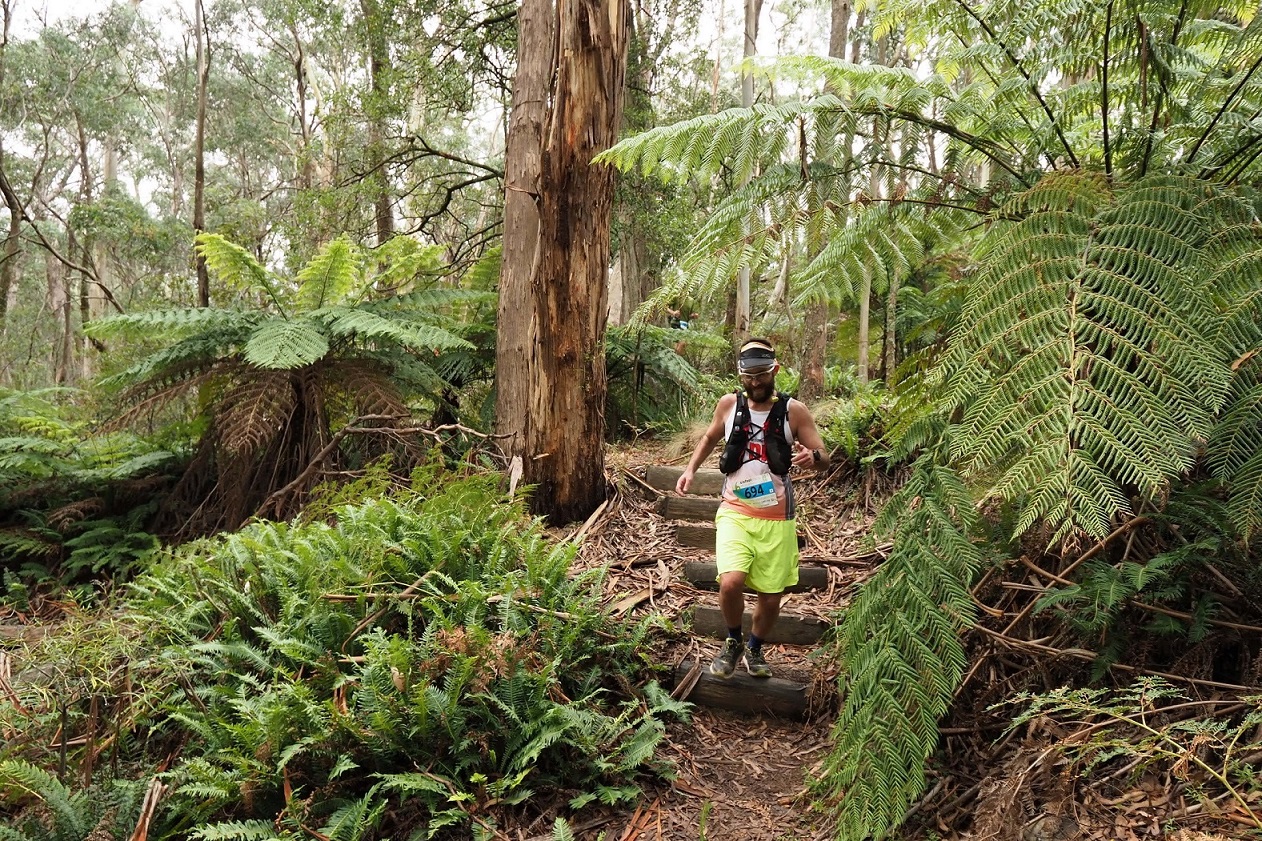 Right when I mentally started to hit rock bottom a guy called David Beasley saw me struggling and he started running with me and insist I keep running with him, we ran together for 2 km, he was a great help and thanks to him I felt a little bit better.

Thanks to my running club, we had a great and awesome bunch of supporters who were waiting for us around the 34 km and I couldn’t wait to see them. I was mentally exhausted and very emotional, but thanks to them I managed to somehow pull myself together and aim for the finish line.

I hit rock bottom around the 40 km, it is difficult to put into words how I felt, for the first time in my life I was running and crying at the same time, it was so bad I had to stop to catch a breath. Fortunately, after a while I felt better when I bumped into a familiar face, Greg Bawden and I think he could tell I was totally messed up and out of it. 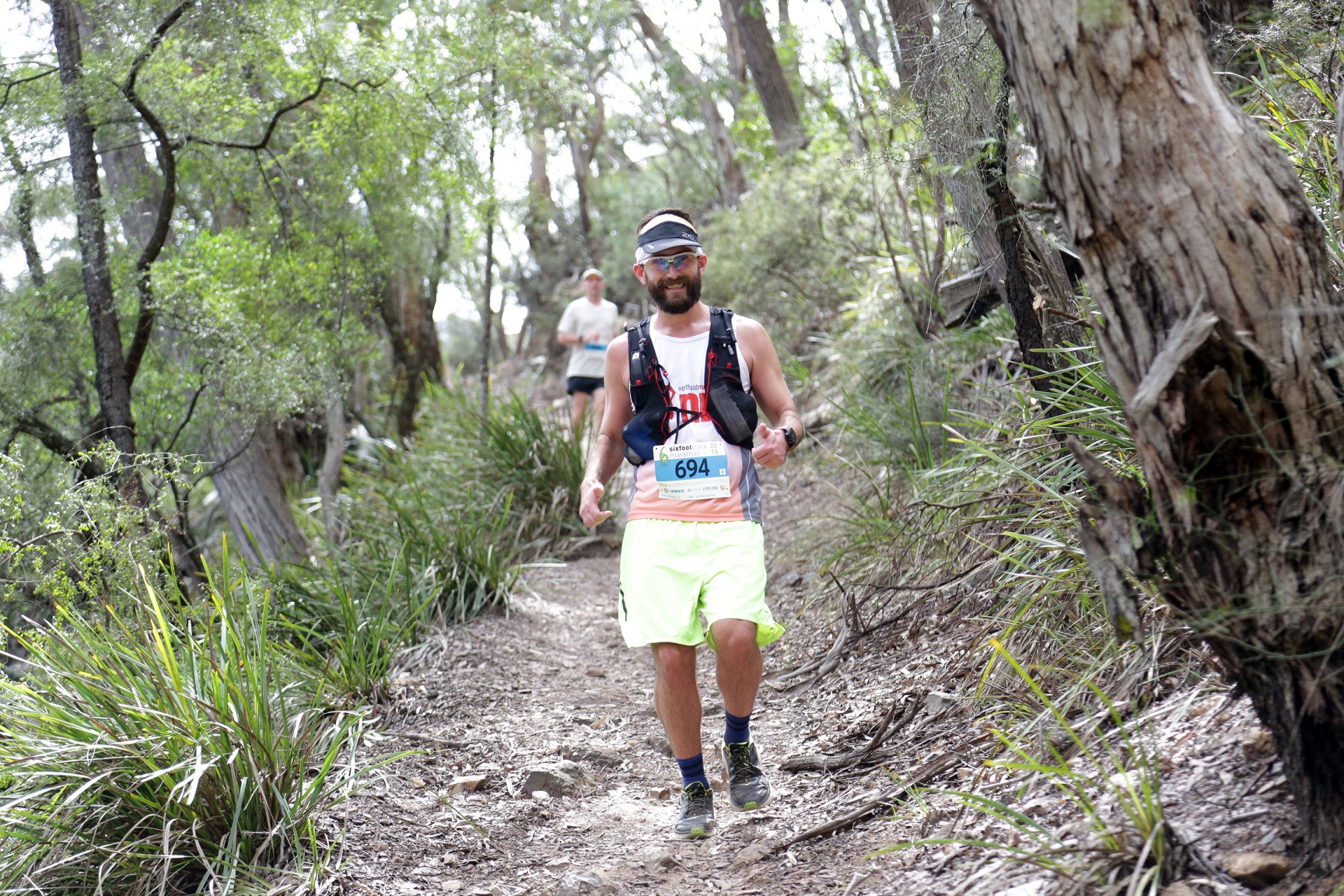 I managed to finish and cross the line in 5 hours and 47 minutes, I wasn’t close to my target time (5 hours and 20 minutes) but it didn’t matter to me. I was just happy I finished and managed to defeat my inner demons who wanted me to quit and call it a day. I

I did cry at the end when I thought of my late mother, the strongest person I have ever known. I knew she would have wanted me to finish and I did because I couldn’t let her down, her image in the back of my mind the whole time kept me going.

I’m a born again human thanks to my first 6 Foot experience. 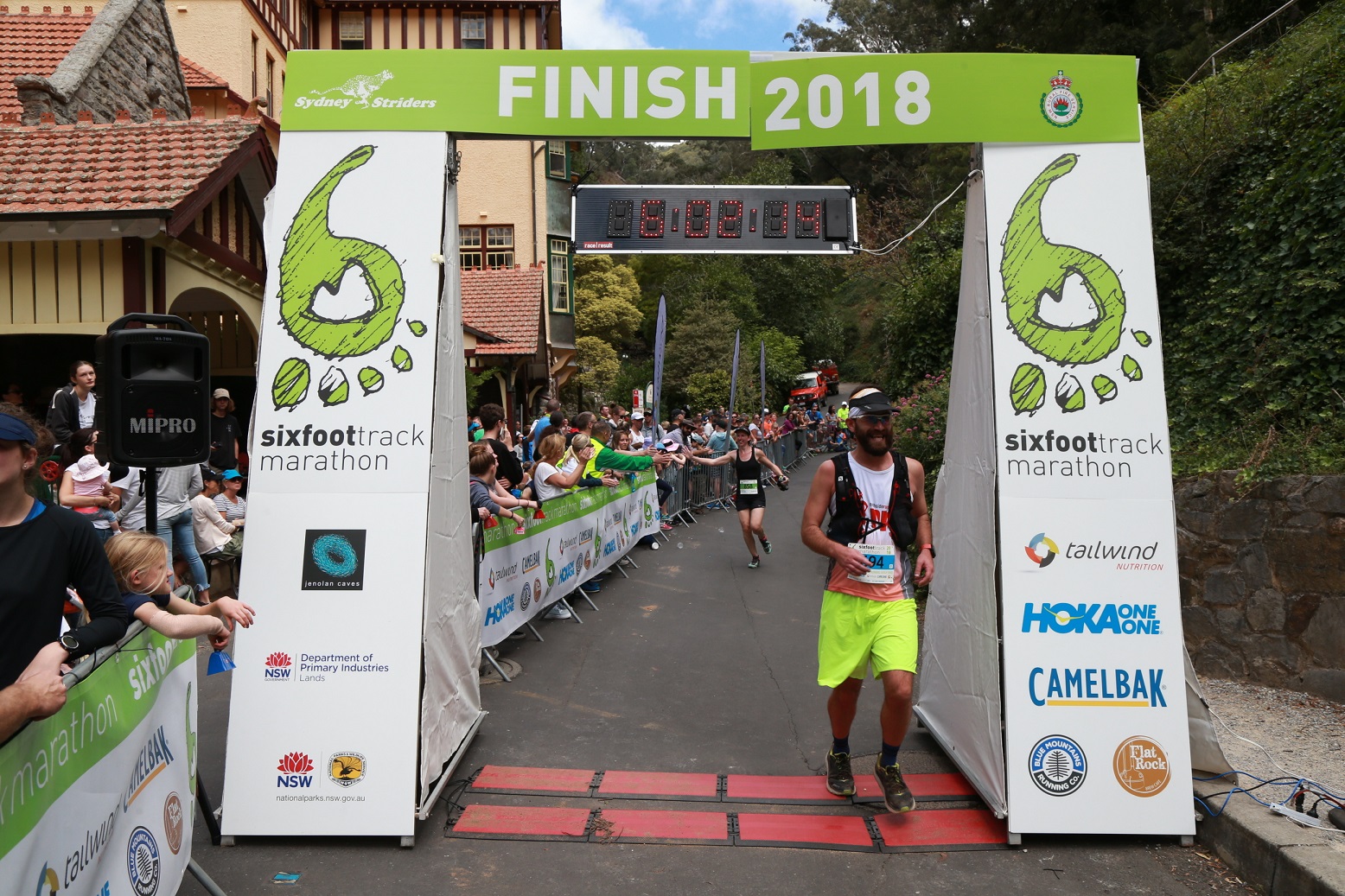