I wrote such a long UTMB report last time, that I didn’t think I’d bother with another. However I changed my mind due to the loopy way it ended. I have kept the first part very short and would have included more photos but I outdid Brook by not taking a single one. 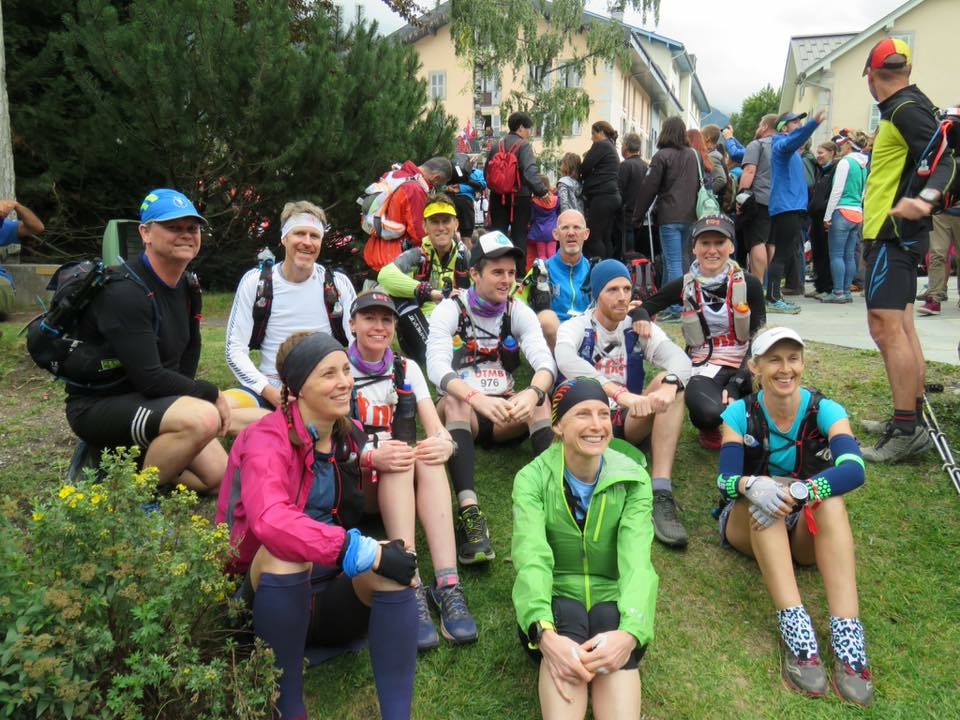 Pre-race in Chamonix :  Great to know so many other runners from Aust. Felt relaxed, good sleep in the days prior and a couple of hours on the day 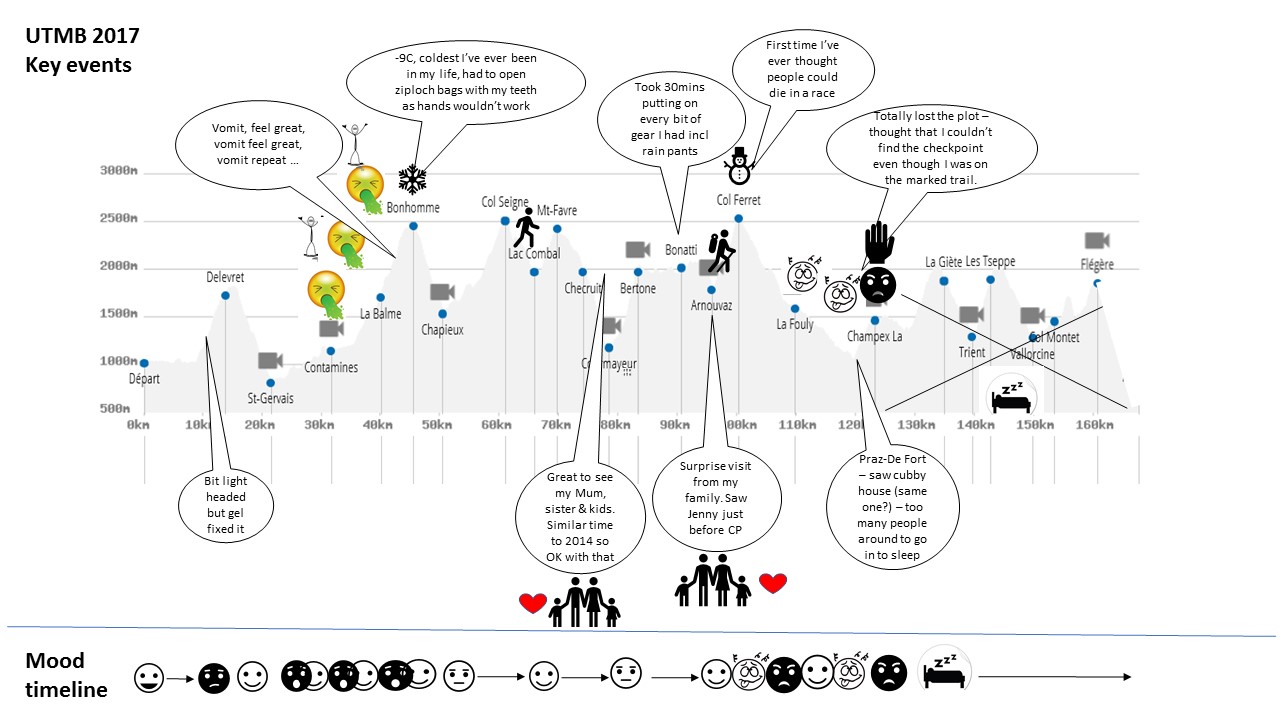 The second hill was diabolical where I couldn’t keep anything down but would then come good, only to repeat the cycle 15 mins later. I got way too cold as I had started only in a T-shirt and skirt (sorry Richard for not listening). So cold that I couldn’t even get my fingers to work to open the ziploc bags containing my thermal top, gloves etc. I had to use my teeth to get them open.

I came good and whilst being behind where I wanted to be, I was happy enough cruising along. I thought that the race was going to pan out in a similar fashion to 2014, where I wouldn’t have a lot of wriggle room before the cut offs, but was feeling reasonably OK (OK being a relative term in the middle of a brutal miler). I only managed to have 3 gels I think, so was relying on soup, Coke, oranges and a couple of crackers as my fuel. This seemed to get me through last time, but with the cold temperatures (down to minus 9 degrees) and the benefit of hindsight, my nutrition obviously wasn’t sufficient.

I didn’t realise it at the time, but the wheels started coming off a few kms out from La Fouly. The problem was because I had completed the race before, I kept anticipating when certain sections and checkpoints were coming up. The trouble was as I got more tired, my memory and my handle on where I was on the course was getting a bit messed up. I got really frustrated as I expected to see the La Fouly checkpoint a lot sooner than I did, and in my mind I felt like they had shifted the location from last time. I know this doesn’t make sense but I also felt like I had some say in where the checkpoint should have been, and that the person in charge of this checkpoint had ignored my instructions. Hmmm maybe alarm bells should have been ringing.

I got into La Fouly and set my alarm for a ten min snooze. I didn’t fall asleep but I think it helped a wee bit. I had just under 4 hours to get to Champex Lac. It was only 13kms with most of it downhill (and as it turns out on the road), and then a relatively short ascent. I headed off feeling tired but OK, and planned to hopefully have a 15min sleep at the next CP. The downhill section seemed to go quickly and I felt like I was running the majority of it. I seemed to be passing quite a number of people and was feeling pretty positive.

Then things started to go awry again at Praz-De Fort, just before the climb. As in 2014 I noticed a cubby house on the corner of a street. I was beyond tired as It was around 11.45pm on Sat night, and we’d started the race at 6.30pm on Fri. I stopped to see if I could go in, but too many runners were going past. From here on it was a real stop start affair, as I kept closing my eyes whilst I was walking, then would just stop for a while and then finally I tacked onto the back of a group of people and started up the hill.  I got what I thought was all the way to the top, but then couldn’t hear or see any signs of the checkpoint. I was getting really frustrated, although not upset. For reasons I still can’t fully explain, I then decided that the path I was on, was not leading to the checkpoint, and that I was lost.  It didn’t help that there were lots of little switchbacks and a few other small trails in the vicinity, not to mention faces carved out of trees (truly, this bit wasn’t just in my imagination).  I don’t think I really strayed from the path though, I just kept sitting down and then telling anyone who would listen that we were all lost and that I didn’t know how to get to Champex Lac.  I felt like I was sending people off in all different directions, but maybe it was just the switchbacks that were making me think that.

Some people kept on going, and others stopped and convinced me to go with them for a little while. From my fuzzy memory and looking at Strava it appears that I stopped 3 times. The first two times for 15-20 mins each, and then I got up and went another 700m or so each time before sitting down again.. I am very clear that when I first stopped there was 90 mins until the next checkpoint (CP) cut off, and I was feeling so frustrated as I just wanted to get there to have a quick sleep. When I stopped for the 3rd and final time I didn’t know it, but I was only 800m from the CP, had an hour to get there, and only had a further 70m of ascent!! However I sat there for ages before I finally rang the organisers to say I was lost.  I spoke to someone but then got cut off and couldn’t get through when I tried again. I was soooo tired and felt a mix of helplessness and frustration. I just wanted to get out of here and to the checkpoint. Not one ounce of me wanted to give up, and I kept thinking about running across the finish line with Matisse and Jesse.

I don’t know why I couldn’t work out that everyone that kept on going on the trail never came back to me, so they must have been on the right path. It was also very well marked, and I could see all the markers glowing in the distance. As with La Fouly the trouble was I thought I knew where the CP was, and I couldn’t reconcile where I was, with where I thought I should be. I even told some poor souls that the checkpoint was near my driveway, and if I could find that, that I would be able to find the right way. I had definitely taken a side trip to crazy town.

Finally with 5 mins to go before the cut off time, a middle aged lady, two girls in their late teens/early twenties and a dog came across me sitting in my same spot.  I started to deliver my standard speech that we were all lost and not to go that way, when they said they were volunteers and would help me back to the CP. I told them that as there was still 5 mins until the cut off, that I obviously should be able to keep going, but the older woman was adamant that this was the end of my race. I didn’t say anything rude but my body language would have given away my extreme frustration. I also I still thought that they were leading me in the wrong direction to the CP and said as much to one of the girls. Other than being super tired, my legs were still feeling good and I had no stomach issues. Of course they were doing the right thing, but I didn’t even walk with them into the tent, and stormed off ahead.

So that was it, an absolute bummer after 123 kms out of 167 according to the results sheet. I’d completed 7 out of 10 of the climbs with 3 of the shorter (but muddy apparently) ascents to go. I had covered somewhere between 7,000 and 8,000 metres of ascent depending on whose data you look at.

Funnily enough I got up the next day not feeling too bad about it, and even now it is only when I sense someone else is disappointed for me that I feel it too. As I said to Robyn Bruins I got to enjoy even more time on course that she did, albeit I didn’t get a cool new finishers gillet, or come in 10th place!!! (Congrats again Robyn). On a positive note I stuck to my plan of not giving up (although sitting stubbornly on the trail didn’t help), and I did have some absolutely magical moments out on course. It is an incredible race with jaw dropping scenery and vibe. I might go back one day to crew for someone else or to do one of the shorter races, but I don’t feel like I need to do the full UTMB course again. I’ve been fortunate to do it twice and I think there are so many great races out there, that I’d like to do something different next time. Perhaps that’s Western States as it will be my 3rd year in the lottery, so hopefully I get in sometime in the next 2-3 years. Might need to pick up a bit of speed for that one though.

In terms of what I’ve learnt from it, probably just what I already knew – that I have to improve my nutrition as clearly my brain stopped working. Maybe the cold affected me more than I realised, should I have taken no-doze? or perhaps tried to sleep on the side of the trail and then woken up with some more clarity? Regardless I had a blast anyway.

Finally thank you to my coach Andy, everyone who I’ve trained with, and to my family for the sacrifices they make for me. Congrats to all the other UTMB’ers this year, regardless of the result everyone put everything they had on the line. It was so much more fun having you all around 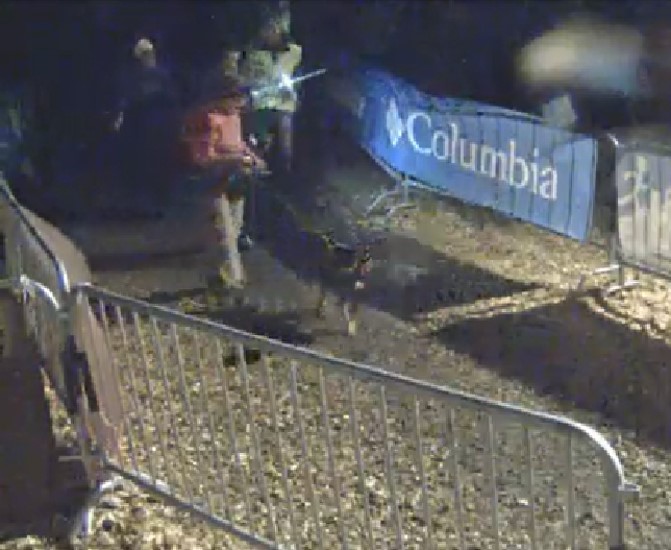