Warning- discussion about failure, and no actual answers.
So this was the Buffalo Stampede……

What’s the worst ever excuse for pulling out of a race? Well, you’re about to read it-

‘I didn’t finish because I didn’t want to’

So there you go. I wasn’t injured, there was no blood pouring out of me, I wasn’t vomiting or crapping everywhere. I was happy, felt good, had loads of energy and was beginning to make gains on some of the people in front. So why quit?

I was scared of the climbs on the way back.

I completed the entire course up to the 43km mark (I believe this is the entire marathon course) and the other 30km are just back to the start. Unfortunately that means crossing some fairly large hills and 2 utterly ridiculous ascents and descents. I don’t really mind hills, I accept that they are part of our sport, but my lizard brain started yelling at me quite early in this race that it wouldn’t support me if I wanted to do those hills in the dark. Let me describe these hills for you- when you look down and you think
‘if I lose my footing, I have no idea how far down I will land’. 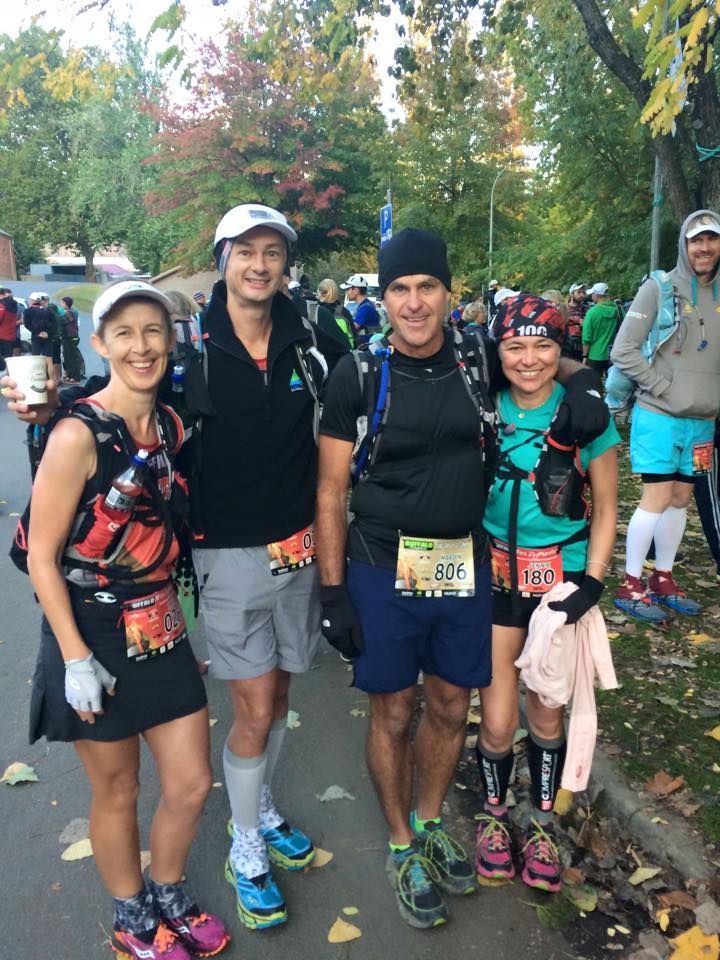 When this bubbled into my conscious brain it went like this-

‘I can’t see any training benefit from another 30km of hills where you are going to fuck your legs up and turn your little toes black. They aren’t going to recover before North Face and you’ll be sorry’

‘there’s 2 inches of soft powder under every vertical step on the way back. If you were skiing this would be a good thing. Since you are meant to be running it’s actually going to be part comedy and part life threatening’

So I pulled out. I still think it was the right thing to do, but the critical question has to be this-

We’ll never know for sure, and I had a huge amount of angst when seeing my mates finish, get their medals and celebrate, but right now I feel strong and ready to take on the world. I doubt my recovery from 75km would be as good.

So I’ll dust myself off and get back in the saddle. My compliance with the training program has been pretty average lately, and a DNF has actual helped in a couple of ways

1. I recognise that I could have finished Buffalo. There was no physical reason for me to quit, so by consciously giving that up I’m now more determined to do well at TNF. My goal is still unlikely, but possible. I’ll take those odds

2. I only have 3-4 weeks of training left. I need to make them count. Taking this week off for recovery would have been a disaster

3. Stupidly I wanted to prove to everyone that I was being strategic and not a complete softie. I felt like running back to Bright, running to the next checkpoint, running anywhere- but I have a huge task ahead. If it costs me a medal or some respect from my mates I don’t care. I never said I was tough, in fact I frequently say the exact opposite!

4. I still needed to pause a few times up some of those climbs. I frequently saw my heart rate in the 4.4 to 4.9 zone. But the best thing is that on the 3rd major climb from Eurobin to Chalet I did not get passed by anyone! Even better was the fact I passed a few people in the last couple of km after Mackies lookout. Very pleased about this because I have been a poor climber, but it shows the work I am doing with Andy is definitely working.

5. This was my first race using Hammer Perpetuem. It worked really well and I just have to figure out how thick I can make it for future races. 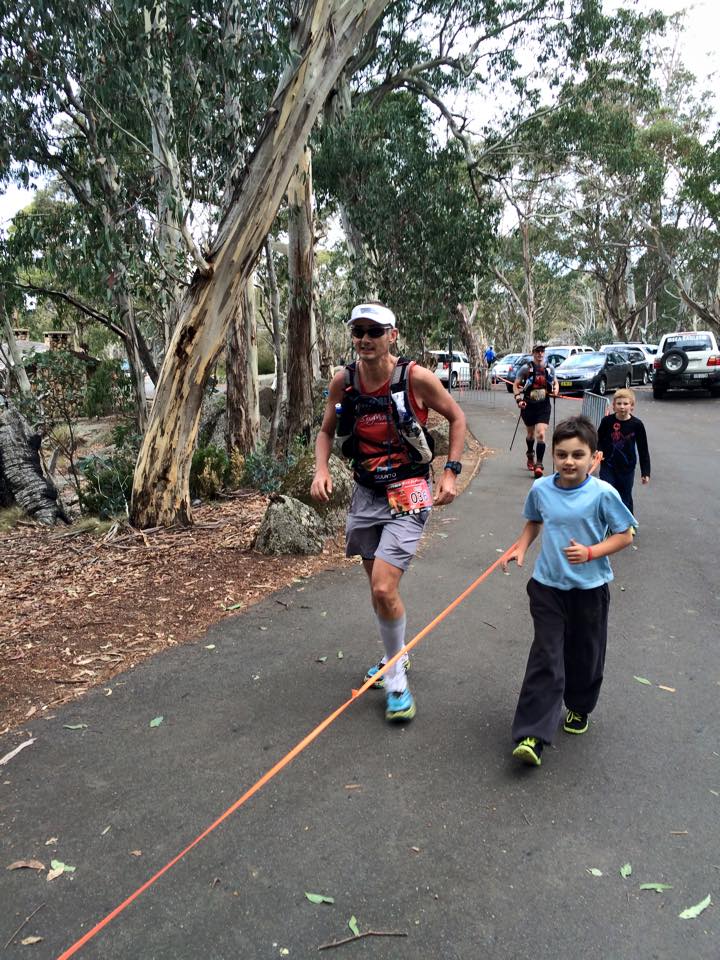 Running back down to Eurobin would have been nice. it’s only about 10km and has some really nice single track. Then it would have been fine to go 9 ish km back to Buckland- but then I would have been only 15km from the finish and pride would have demanded I carry on. Massive congratulations to an amazing number of friends who actually went the distance, and a special mention to Martyn Dawson who did 2 out of 3 days of the grand slam (nutbag) and Matt Grills who also did the third day and won it!

I saw Andy DuBois during the run and decided not to tell him about pulling out. It wouldn’t be fair to affect his race to discuss a DNF. I’m a big boy, he’s not my Mum and I have to accept the consequences of my own decisions. He certainly paid a price on the weekend and I hope he recovers well.

Which makes a lot of sense and Marcus in conjunction with Mountain Sports (Sean and Mel) have put together an amazing weekend for runners. I’d absolutely love to come back, but not so sure about the Ultra! Maybe if it was further from TNF, or if I make sub 14 this year I can probably just go for it next year……..

*Thanks to Petzl for the entry, Northside Runners for the support, Andy DuBois for getting me this far, and my wife for organising some fabulous family time. Photos by Sarah Connor